The History of Westbourne Motorsport

Westbourne Motorsport was officially formed in 2007 when they entered a car into the Saxmax Series driven by James Colburn. However before this Westbourne had previously prepared Jaguar MKII’s, Mini Miglias and Ford Fiestas to a very high standard, 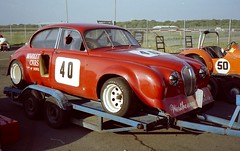 as can be seen in the image that has been captured of a Jaguar MKII 3.8 prepared for Hillclimbs and Sprints.

Having only formed in 2007 Westbourne very quickly tasted championship success as in 2008 they clinched the Saxmax title with a meeting to spare. Taking 7 wins, 7 poles and setting 2 new lap records in the 10 races they competed in. In the other 3 races they could sadly only take a 2nd place in each!

In 2009 the team looked for a new challenge and they had their eyes firmly set on the TOCA Support Package, the championship in question being the Renault Clio Cup Championship, the pinnacle of one make saloon car racing.

Westbourne instantly proved they belonged with the best as in the first qualifying session at Brands Hatch as their car driven by graduate James Colburn finished 5th and 3rd , in a grid with 32 of the best drivers in the country. Ending the year having the highest placed rookie driver in the championship, 9th overall. Then followed this up with 4th overall in 2010. 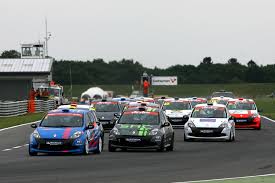 The team are now comfortably established in both championships, always providing a championship competing car.  They once again took the Saxmax title in 2010 with Ant Whorton-Eales, who has now become a KX Academy driver but still close friends with all members of the Westbourne Team. They almost took Clio Cup Championship victory in 2011 with Colburn, with only 4 points covering the top 3 drivers into the final round, ending with the runner up spot.
2014 has once again brought even more success for the Westbourne team, the newly rebranded Saxmax series, now the Junior Saloon Car Championship, had rookie driver Ben Colburn, younger sibling of James Colburn, at the wheel. Instantly the sweet taste of success was upon the young driver as out of the 12 races during the year he took 10 podiums, including 2 wins. He sealed 2nd in the championship, quite an accomplishment in his first year of Motorsport.

Another challenge in 2014 for the Westbourne outfit was the Michelin Clio Cup Series, a championship formed to run the generation 3 Clio Cup Race and Road Car. 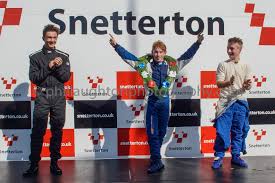 In the Race Series Luke Herbert led Westbourne’s charge for the title, in the end coming away with 3rd in the championship with numerous podiums.
In the Road Series Westbourne welcomed the return of previous driver and long life friend Anton Spires, in a car built from a bare shell by the Westbourne team Anton would take 7 wins during the season and wrap the title up with a meeting to spare in the inaugural Road Series championship.

In the Clio Cup UK series Westbourne had a 2 driver attack with the new Generation 4 Clio Cup race car, overcoming niggling problems with the new car Westbourne have once again proved their capabilities with 2 race wins and numerous podiums. Westbourne are looking forward to the upcoming years to continue their success and create even more history and meet new friends along the way.